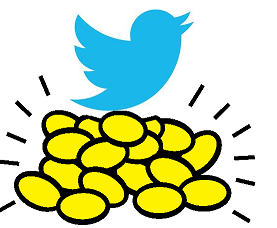 In the original version of the story, Jack is an immoral character, squandering the cow, playing wife (giant) against husband, and eventually murder for riches. While Twitter isn’t murdering anyone, it clearly wants to take away market share from some of the same platforms that helped it become popular in the first place. Much like “newer” Jack is seen as a hero for slaying the evil giant, Vine will develop as something meritorious because it gives Twitter users a chance to create their own content; praised by many, and unquestioned.

Twitter is Muzzling the Ox, or in this case the original players in this content space. If the video sharing ability was extended well beyond a few seconds, perhaps minutes, or hours, it would become very clear that it’s just another video host, now hosted by Twitter. Yes, owning your own content has its benefits but Twitter’s business model is not based on keeping users on Twitter. It’s always been about aggregating real time news and giving access to websites, images, and videos from all parts of the web. Spreading the love and wealth.

Youtube will survive, along with Flickr and other content creation platforms, but why stop with short videos? Why not add the ability for people to blog directly on Twitter? Can you see how the lines between content aggregator and content creator are being blurred? It doesn’t lead to anything good, and usually results in favoritism within the network. Even Google has gone down this path (blogger, Youtube, gmail, etc come to mind), shutting down Knol after realizing it couldn’t compete with Wikipedia, which was completely open and created for a purpose.

Time to Sell the Cow

Twitter wants to increase the average time spent on their website. They need more revenue (don’t we all?), and outside of their inhouse advertising system (which is very solid), the only way to accomplish this are advertisements within their network, which usually can only be paired with content.

Jack sold the cow for a handful of magical beans. Twitter is selling out the very content creator’s it helped create, in hopes of more riches in the future. Yes, the average user doesn’t care what video or image service is used within Twitter, but it strikes one more blow in any new content creation website disseminating their information through Twitter. They should also expand upon Direct Messaging and throw its hat in the email arena. Then you can upload videos, blog, and email people…a slippery slope that leads to Tom from Myspace as your default friend.

Vine.co currently has 794 indexed pages (not a lot considering thousands are probably using it, but it’s extremely early on).

As more people embed their Vine Hosted “videos” they will be increasing the links back to Vine.co, inreasing it’s power and pagerank but we have a major onPage SEO problem

Look at the Meta title: Mike Isaac’s post on Vine

For them, it’s an after thought, because they will be successful with our without unique page content from within Vine. For you or me it’s another reason not to use their in house video service as it’s not optimized. Would you create content for Youtube if every video said “Joe’s Youtube videos” or “Joe’s Flickr images”. Just seems odd that they are dealing with massive amounts of data and decided not to make it easily findable by the search engines or basic meta principles.

As it stands, I see no reason to use their internal video system, outside of being a normal user (which is probably a fun feature). From the business side, the pages aren’t going to rank, and the videos are too short to lead to any conversions. It will most likely remain a novelty item for sexting, dog pictures, and random compliations from Youtube (ironic?), but don’t get too excited over mashing up 6 second clips because Youtube and other major players are getting really good at detecting duplicate video and image files.