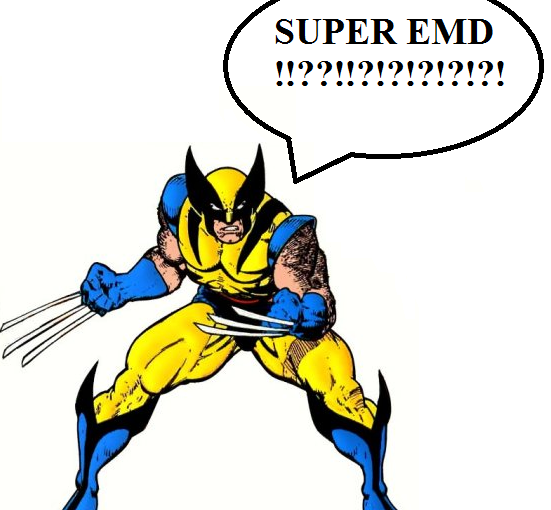 *Update. Website was Manually Penalized for “Thin Content” Shortly After Tactics Revealed. Coincidence?* Ranking dozens of other websites now using same methods as discussed; have to keep them private apparently.

WTF is a Super EMD? We all know .coms rule the internet world, but a few others such as .org, .net, and .co are gainining popularity as the amount of available virtual real estate begins to dwindle.

.info, .biz and a few other domain extensions have been penalized over the years for their spamminess, and people hoping to jump on the EMD (exact match domain) band wagon.

Many years ago web2.0backlinks.com ranked very well for the phrase web2.0 backlinks; it was penalized through aggressive link building (but the principle of why it ranked when it did is sound). It was an EMD subdomain. The actual domain name is/was 0backlinks, and web2 was simply appended to form the exact match phrase.

Exact match domains still work extremely well, but sometimes they can get you into trouble, but what about a Super EMD? A super EMD is an exact match domain that incorporate the actual tld extension as part of the phrase.

.life, .website, .guru, .photography, and for this example .toys

Can see a full list of available TLDs here:

Register a TLD that would form a natural EMD phrase.

According to Google Wolverine Toys gets roughly 3600 searches per month. This is not including the categories created on the site.

Since this search has an Ecommerce expectation level, we used this Amazon plugin to create the store in less than a day.

Proper ONpage SEO for homepage, and categories. No index/no follow the product pages in Woocommerce since they are duplicate content (didn’t want to bother spinning or rewriting).

some other strategies that are part of http://saferankbacklinks.com

Currently Ranking around #12 in Google for Wolverine Toys. Other category keywords ranking in top 50, but nothing significant.

http://wolverinetoys.com was not available at the time, but looks to be now, starting at $100 (maybe an auction?). While the EMD.com might be able to rank better, longterm a Super EMD should prove more brandable and “safe” from updates, unless Google/Yahoo/Bing decide to not rank the newest TLDs (in that case they mine as well throw them out). Google is the only one ranking this website decently, while Yahoo and Bing seem to favor .coms, .net, .org, .co. The search engines need to play ball with the new TLD extensions or they are going to be a huge bust.

Also, a top level TLD still might be king in regards to trust and rankability as we can see jeangrey.co is ranking on page 1 for jean grey actress which gets approximately 4,400 searches a month, so we know it’s actually more competitive, but we did run a Crowd Search Me campaign for it months ago which may be the difference.

Traffic is currently 1 hit a day or less (negligible); hoping this turns around once on page 1. Monetizing through adsense and amazon affiliate program; no $ yet. The purpose of this case study is to see if a Super EMD can rank for a low/medium competition phrase with commercial intent; earning back money and time invested would be a nice bonus, but knowing for certainty if these “premium” random domain TLDs can rank in a search engine driven digital world is more important.

Have an Opinion on why this will be an Epic Fail or Epic Win? We need experts like you in the discussion on our Facebook, Twitter, or Google+

We are now earning! Making money with both Adsense and Amazon each day

In order to push from #10 to #3 we implemented a technique as old as the internet itself, but in the SEO space it’s extremely new. You’ll want to bookmark this page for the next update.